After 15 years we have decided to put Sweet Empire on an indefinite pause. Though not before we have a few more occassions to celebrate with you: release of album #4, 15-years anniversary celebration, and some (final) shows!
So let’s have the best of (last?) times shall we?

Unfortunately we will not be making an appearance at Haltpop this coming Saturday due to illness within the band. The festival itself will of course still be happening and the other bands are playing are terrific. Thanks to Haltpop for everything and have the best of fun at the festival!

See you soon in the UK! 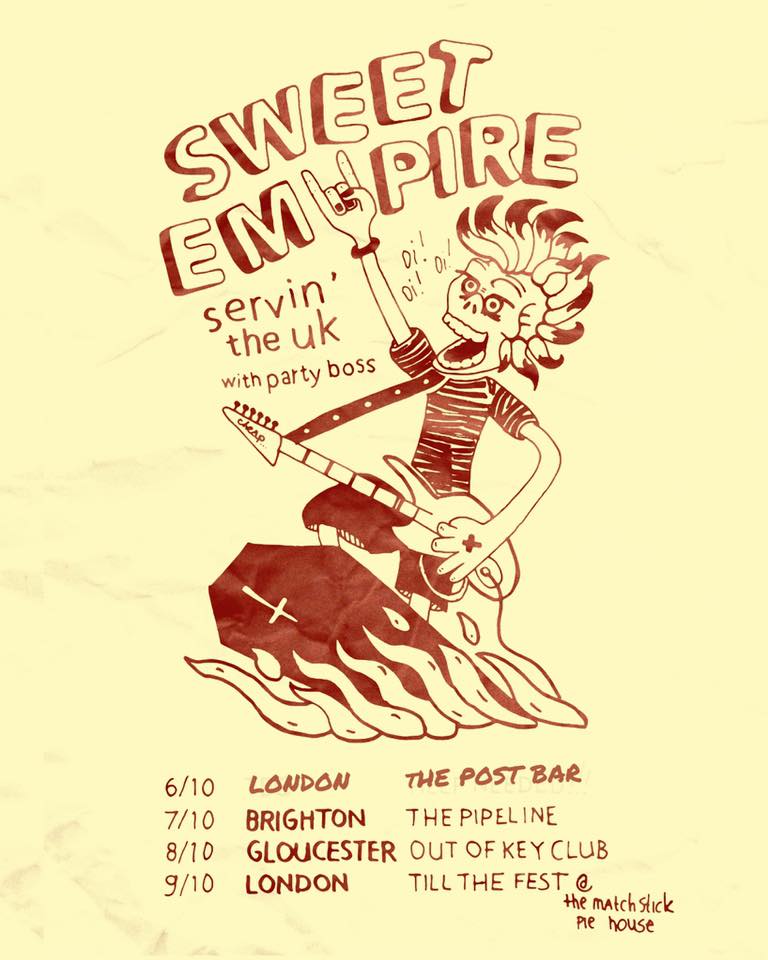 Swill TV has been so very kind of turning our song Nihilist Nation into a music video and to feature it in their latest episde (around the 13:43 mark). Check it out below! Massive thanks to Swill TV!!

Our next show is yet another online event. Stream on YouTube on May 29th we'll be coming live at ya from De Groote Weiver, Wormerveer (NL).